Animism and indigenous beliefs in Indonesia.

Animism, a religion of living creatures and spirits

Animism is not considered an official religion by the Indonesian authorities. However, one should remember that animistic rituals were widely practiced throughout the archipelago before the arrival of Buddhism and Hinduism. People deified nature, believed in spirits and worshipped their ancestors. Indigenous beliefs involved making offerings to trees, rivers, mountains to ensure the protection of spirits. 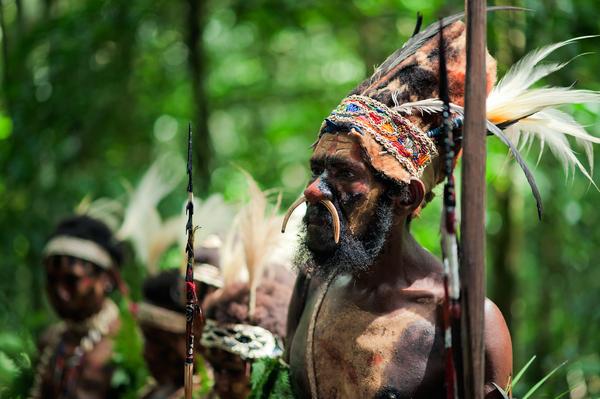 Traditional ceremony in Papua, a land where animism is still alive

Animistic beliefs have deeply imprinted cultures and social behaviours throughout the archipelago. A number of rituals were integrated into the newly embraced religions. Balinese Hinduism is a good example. To this day, animists beliefs can still be encountered in certain remote areas. A number of tribes perpetuate ancient traditions like the Batak in Sumatra and the Papuan people in Papua. Their old animistic beliefs and rituals were adapted to the new religion brought by Portuguese and Dutch evangelisation

Azimuth Adventure Travel Ltd is Indonesian travel agency, created in 1999. Specialists in adventure travel and volcano ascents in Indonesia, we have expanded our offer to allow all nature lovers and Indonesian culture to get off the beaten path and discover an authentic and multicultural Indonesia. In freedom, in stay in measure or within a small group of travellers, come to explore and live with us Indonesia passionately!
Azimuth Adventure Travel is a founding member of Nomadays, a worldwide network of local travel agents. Build your tailor-made trip with our travel experts locally-based in Indonesia.